Castelán is a second-year graduate painter. He is interested in the influences of culture and society and how they impact the perception and interactions of people with others and their environments. His exhibit, Drawn Superstition, draws upon his Mexican ancestry and its animal mythology. 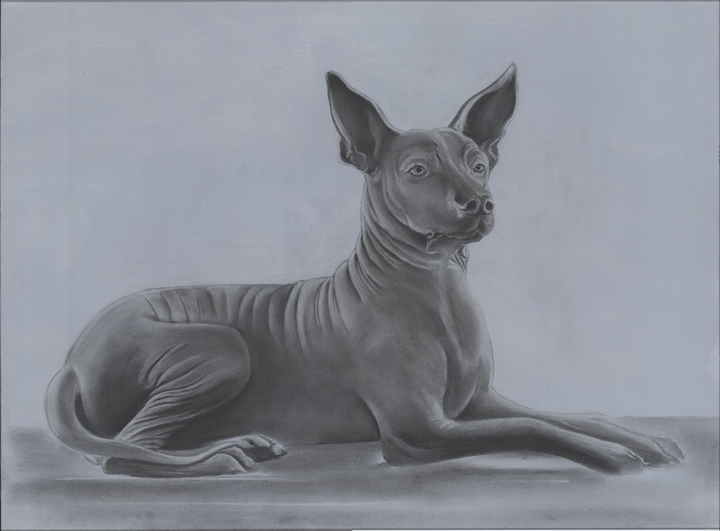 Being of Mexican heritage, I grew up listening to all sorts of superstitions, and naturally, the majority of these were about animals. Brujas turn into lechuzas to carry you off at night. Don’t let the cara de niño bite you, or you’ll die. The urutau and black witch moths are harbingers of death; don’t let them get you. Thus, it is no surprise that certain animals are rejected or even feared to the point that they are killed when encountered. However, when these animals, who are either endemic or have ties that date back to the Aztecs, are pushed into being endangered or even extinct in the wild, it becomes a major issue. Through this series of drawings, I aim to capture these animals as they would normally be encountered; without the corruption of superstitious lens.

Written by Esmeralda Fisher on November 27th, 2017 and filed under Announcements