We are committed to the principles of open access and ask all projects that we sponsor to deposit at least part of their data in the UH repository for free use by the research community. 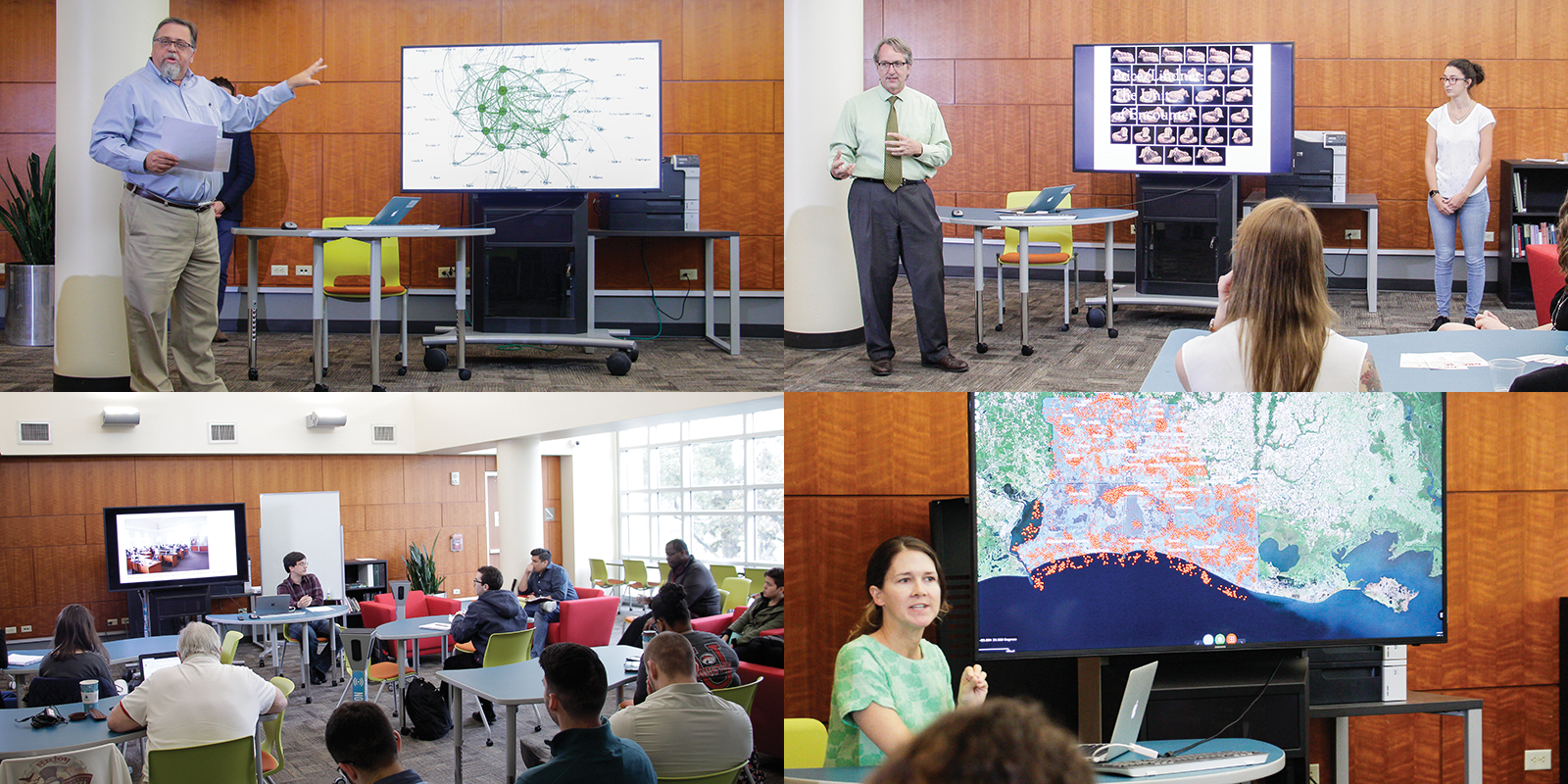 Summaries of a few current projects:

This project examines power dynamics between librarians, faculty, and students within and around the library/information literacy classroom and the role of academic librarians as educators. Through a series of interviews with teaching librarians throughout the country, our research team is investigating whether the classroom can be, for librarians, what bell hooks describes as a classroom of mutual empowerment.

Sophisticated text analysis of half a million reviews from TripAdvisor to evaluate whether reviews actually influence later guests’ behaviors or not.

While information and communication technologies (ICT) has been widely implemented for service innovation and excellence in the hotel industry, research exploring consumers’ evaluation about their ICT-based experiences from user-generated content (UGC) in social media is very limited. Therefore, the current study aims to explore the nature of online consumer (i.e., hotel guests) reviews regarding ICT and identify positive and negative effects of ICT-based hotel services on guest satisfaction by using recent business analytics techniques including data visualization, data mining, text mining, and sentiment analysis. The findings of this research project can offer several important theoretical and practical implications by (1) identifying key ICT-based hotel services and amenities, (2) examining their impact on guest satisfaction, and (3) presenting how UGC and business analytics techniques can be applied to academic/practical research in the hospitality and tourism literature. Furthermore, this project can help our students learn advanced analytic and research skills.

In the United States, cheaply produced dime novels were widely popular from the mid-to-late 19th century. Nathaniel Hawthorne criticized this “damned mob of scribbling women” (and men) who were selling sensational stories as fast as they could write them. After serialization in story papers, some novels sold tens of thousands of copies and had multiple editions. Publishers also profited by compiling these novels into “libraries” under recognizable titles. To be sure, literary critics have shown sustained interest in recovering women’s writing since the 1990s and have made many advances in scholarship. However, even though organizations have digitized many of the texts and scholars have written about notable authors, the discursive topic nodes and structures of production remain mostly unexamined.

The project is driven by two central research questions. First, what are these widely popular, mass-produced nineteenth-century novels about, i.e. how are they responding to class stratification, shifting gender roles, industrialization, and other significant changes of the nineteenth century? Second, how can network analysis illuminate relationships between and among publishers, cities, and authors? Furthermore, this project will address gaps in American literature scholarship regarding reading habits of working-class people.

This grant will support the initial conceptualization and launch of a multi-year, multi-state, multi- institutional effort led by the University of Houston to document and analyze the experience and impact of thousands of delegates and observers of the 1977 National Women’s Conference (NWC). Our aim is to create an open source digital archive that spurs quantitative and qualitative scholarship and public engagement. During the lifespan of the grant we will begin collecting demographic data and constructing the metadata necessary for computational analysis of the 2000 delegates.

War letter writing as a mass genre was a remarkable feature of the twentieth century in Russia and the USSR. Letters became the main form of communication between servicemen and their families and friends, especially during wartime, when the flow of letters between the frontlines and the home front increased multifold. Letters partially compensated the loss of peacetime social structures for families scattered across the vast Eurasian continent and served as a prosthetic means for the servicemen to participate in family matters. As historical sources, they include valuable information on everyday life during wartime that is often missing in other documents. The long-term goal of my project is to create a large historical collection and corpus of Russian war letters (minimum 5,000 documents). During 2017-18, I completed the first step towards this goal by creating an online collection of 150 letters in collaboration with Petrozavodsk State University (Russia), available at http://letters.petrsu.ru.
Summary of past project:

This project will overlays demographic and environmental information from Calcasieu and Cameron Parishes in Louisiana onto maps of the area from the early 20th century to the present day in order to create a tool the local community and scholars can use to examine the impact of the new SASOL Ethane Cracker plant. These maps offer a platform for locating text from oral histories, photos, and sound recordings of specific sites on the map so that locals, government officials and researchers can connect with and reflect on the changing environment in this South Louisiana community with deep roots in Acadian and Creole traditions. This project uses georectified digitized print sources to create a virtual palimpsest for users to navigate. Test version coming soon.

Visit drc.lib.uh.edu/research/projects to see more current and past DRC-sponsored projects.