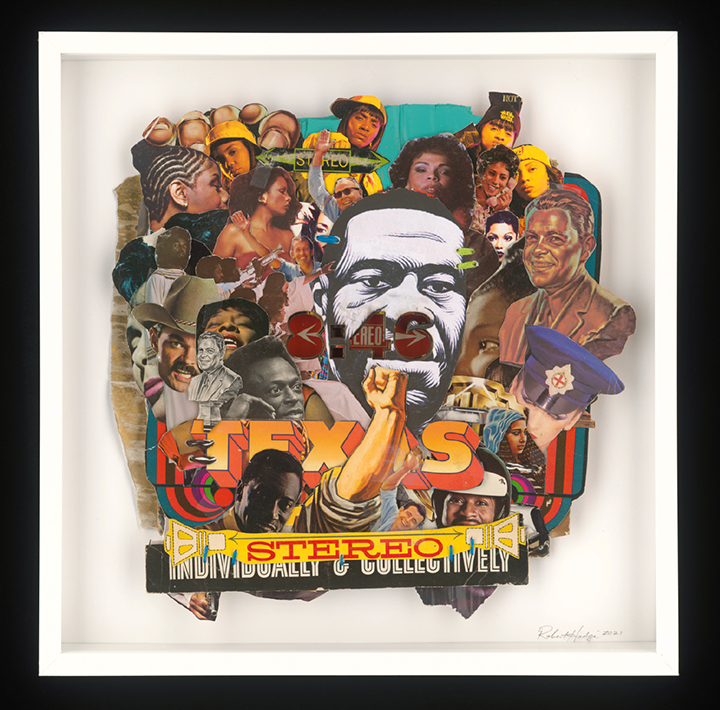 To commemorate the connection between George Floyd and DJ Screw, University of Houston Libraries Special Collections acquired an artwork by Robert L. Hodge, a notable artist from the Third Ward. His collage titled 8:46 will be displayed at the MD Anderson Library in Special Collections.