UH Libraries Special Collections is pleased to announce the acquisition of the Marvin Zindler Papers. 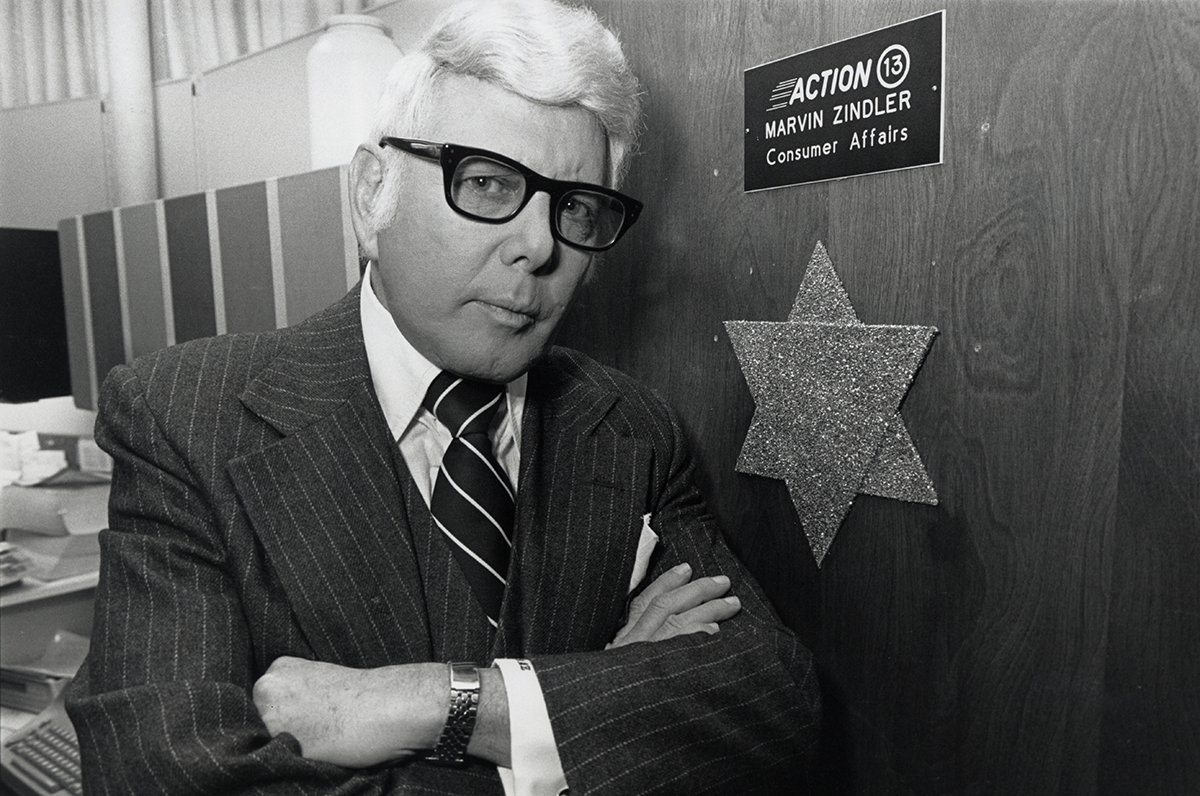 Marvin Harold Zindler (August 10, 1921 – July 29, 2007), the famously colorful Houston TV personality, was both admired and criticized for his grandiose style. A larger-than-life figure who consistently reinvented himself through the years, Zindler has also been a prizefighter, a deputy sheriff, in his family’s clothing business, in politics, and on the radio. His news stories captured the attention of Houstonians for decades, and he was known for investigating a wide range of problems on the behalf of the public. Viewers would write to Zindler with various, sometimes odd, concerns, such as the toddler’s talking toy that shocked one Houston mom with profanity. It was his penchant for covering controversial, unusual topics that made him a household name, like the infamous Chicken Ranch saga which garnered national attention; and later, the weekly, offbeat Rat and Roach Report.

Much more than simply a consumer advocate, Zindler was influential in improving the lives of the elderly and those in urgent financial need, and was honored for his charitable work both domestic and internationally.

Zindler’s son Dan Zindler and partner Lori Freese were inspired by Lori Reingold, Zindler’s long-time producer, to bring the reporter’s archives to UH Special Collections. Visitors to the Marvin Zindler Papers will find an abundance of primary sources that reveal a deep, storied view of his personal and professional life.

The collection is currently being processed.